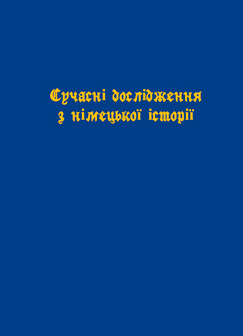 The Journal “Modern Studies in German History” (in 1975–2017 it had the title “Questions of German History”) is a Ukrainian interdisciplinary journal dealing with German/Mennonite Diaspora’s history in Ukraine, Russian Empire, Soviet Union and all over the world. The scholarly journal also publishes articles devoted to the history of Germany in the past and present. In order to support the publications of future philosophy doctors and colleagues, who specialize in world history, we offer “World history” section.

Council of Germans of Ukraine